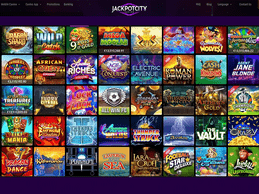 Learn Roulette Rules before You Play the Game

In the game of roulette, players will wager on different sets of numbers, colors and number ranges in order to attempt to make a profit. Roulette rules are very important to learn, but all players should remember that this is a game of luck and there is nothing that can be done to affect the outcome of the game. Of course, there are some wagers that present a lesser risk to the player, but these come with lower payouts. Much like video poker or even slots, the lesser the odds of an outcome occurring, the higher the payout will be.

Roulette is thought to have been developed in France sometime during the 18th century, and the word 'roulette' actually means 'little wheel' in French. The game made its way into Germany sometime during the 19th century and from there spread like wildfire across Europe. During this time, some variations to the wheel came to light, and this is what separates the European roulette wheel from the French roulette wheel today. The game came to America at the very end of the 19th century and the wheel was altered again.

Even today, French, European and American roulette are the three most widely available variants of the game in any land-based or online casino. American roulette should typically be avoided when it can since the addition of the double zero pocket increases the house's edge significantly. Players should instead look for the European or French versions of the game. Both have only a single zero pocket, but the French wheel has a different number layout and incorporates different rules which can be beneficial to the player in certain circumstances. We guide casino players to duel5.fr, a reliable online casino site that will help you find the best casino bonus promotions and free spin offers on the market. Whether you enjoy playing roulette, or poker, or any other casino game, this is the right place for you.

The two rules that separate French roulette from its counterparts are the La Partage and En Prison roulette rules. With the La Partage rule, should the ball land on the zero pocket, the bettor will receive half of his or her original wager back. The En Prison rule is a bit different. If the ball lands on the zero pocket and the player did not place any zero bets, then the player's original wager is placed 'En Prison' while the wheel is spun again. This is essentially a second chance rule for roulette players that gives them an opportunity to redeem themselves, even if the ball lands on zero.

Players only need to learn a few roulette basics in order to get started with this classic casino game. Beginners are often advised to stick to the even bets--red or black, odd or even, first or last half of the numbers--because these present the lowest risk. Of course, as previously stated, they also pay out the least when they are won. As players get better at the game and begin to understand how the betting system works, there are literally hundreds of different bet combinations and strategies that can be used to play the game.